Lately there is a lot of talk from the ankle biting, “Chicken Little” lemming like crowds about how a recession is coming and how bad that would be. Well to quote that old, old radio comedy show, “Tain’t so McGee”. As shown below we had 5 recessions since 1980; housing prices increased during three of them and were down by only 1.9% in one.  The big kahuna in 2008 was a whopper that hurt like hell, ruined lives and careers and still hangs over the thinking of some people. We are not about to repeat those mistakes, which (in my opinion) were 100% brought on by our well intentioned but unintended consequences producing federal government. If you would like more on this, please read “Hidden in Plain Sight” by Peter Wallison which lays out the whole shameful story. 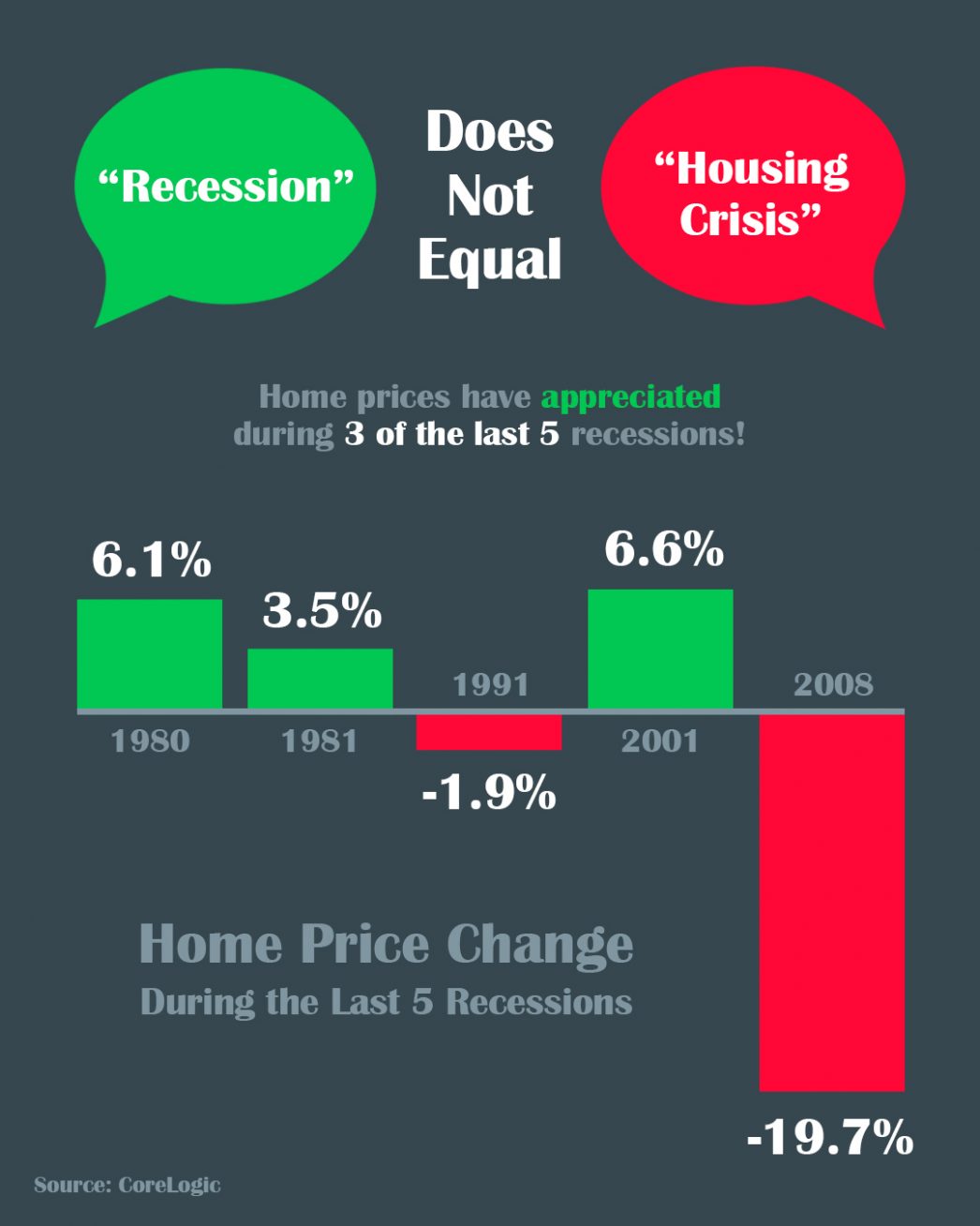